Home Health Symptoms of Carpal Tunnel Syndrome and How to Avoid?
Health 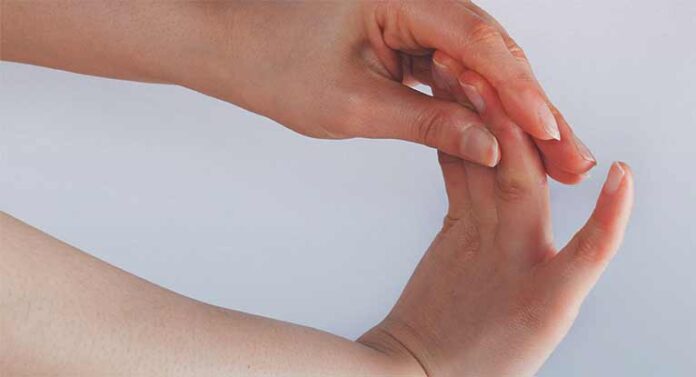 Early detection is important for control over carpal tunnel symptoms: It is important to know when the first symptoms of the carpal tunnel begin, although this is not as easy as it seems since on more than one occasion we have found that with a bad posture of the arm or hand we have felt that we have fallen asleep fingers or hand. This would not be considered important if it is because it happened very often and if it also happens without explanation. But the first manifestations may simply be a less usual weakness than normal, but as a whole we do not consider it as important.

Symptoms of the Carpal Tunnel:

I will ever tell my story, but one of those that I want to tell you about me is that I did not know that I had carpal tunnel syndrome until I already felt less strong hands and especially the weaker right. So the carpal tunnel syndrome manifests itself over a more or less long period, that depends on the person itself, since some people whose carpal tunnel symptoms evolve faster than others and the factors that influence the rapidity of the evolution of the disease. It should also be said that carpal tunnel syndrome is complex when it comes to knowing where the disease comes from, because it can be from diabetes, to pregnancy, simply an injury or a repetitive action or posture of the hands. on a motorcycle for hours or hold a mechanical tool for a long time.

In the same way we can also find you with different symptoms over time but, common in terms of carpal tunnel symptoms themselves. That is to say that sooner or later we would end up hurting our hand or fingers if we only fell asleep before, or it could be that we have suffered a fall as a result of this we have spent a season with wrist pain accompanied by currents or intermittent pulls and then appear typical symptoms of fingers or sleeping hands (paraesthesia).

Description of the Most Common Carpal Tunnel Symptoms:

In this article I am not going to draw on my own experience but I am going to try to take the data as objectively as possible so that I can play in all areas. If you feel any of the carpal tunnel symptoms described, you may have carpal tunnel syndrome.

These are the most common cases, we can also find cases in which it manifests from the beginning weakness in fingers and subsequently that weakness is partially recovered and the fingertips are numb, although as I said each case is particular. I hope that this exposure is clearer and we know how to prevent knowing the symptoms of the carpal tunnel.

Have we ever had the experience that we have fallen asleep an arm or a leg caused by bad posture for a more or less long time. When we become aware of such a situation, we stop feeling such a limb in a normal way and we have the feeling that they were giving us punctures and like a tingling inside the limb, I have even been so annoying that we do not have the sensation in said limb and as a result it seems that the member has ceased to be ours, has lost sensibility. Well, this feeling so common on certain occasions is the so-called Paresthesia and its meaning comes from abnormal (para) and sensation (esthesia).

The Relationship of Paresthesia with Carpal Tunnel Syndrome:

When we suffer from carpal tunnel syndrome disease, these episodes are very common even if the member is in a good position, and therefore we can attribute this episode to a neurological or vascular type dysfunction.

“This dysfunction occurs in the median nerve, and we will be suffering from paresthesia in the hands, specifically in all fingers except the little finger”.

How to Avoid these Paresthesias?

It is difficult to avoid paresthesias, but if you greatly avoid them over time, always with proper treatment if resorting to surgery. Massages can help reduce numbness and even pain that occurs on numerous occasions because it reactivates the already difficult circulation of nutrient fluids in the median nerve. From experience I can say that the realization of a self massage in many cases we manage to reduce pain and numbness in the hands. Another way is to perform exercises that also reactivate the circulation of blood flow and the median nerve.