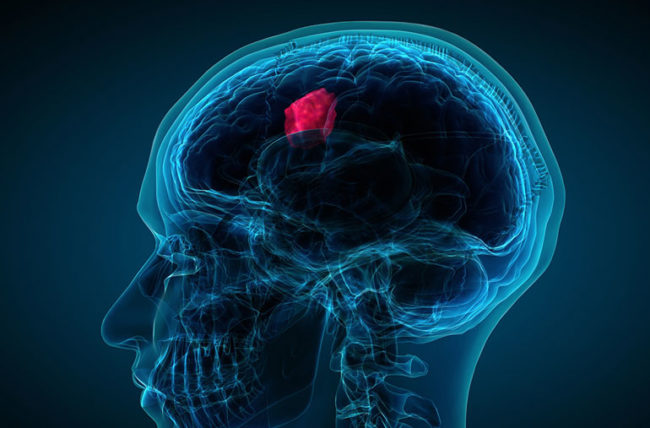 A brain tumor may sound like a scary and even devastating possibility. Basically a growth of abnormal cells in your brain, a brain tumor can be benign – that is, without cancer or malignant cells – with cancer cells. Early understanding of brain tumor symptoms may mean a better chance of getting a positive result. But to understand the symptoms of the brain tumor, you also need to know the location of the tumor. A tumor forms when cells divide abnormally and quickly. Since the neurons in your brain cannot divide, you will never have a nerve cell tumor. But the meninge cells (the outer covering of the brain), the glial cells surrounding the neurons, and the cells of the pituitary and pineal glands do.

Believe it or not, seizures are the most common symptom of brain tumor, with about 60% of patients experiencing them. They occur especially when the tumors are located in the central part of the brain and have a slow growth rate and many lesions. They are also common in cases of slow-growing gliomas (tumors in glial cells), convexity meningiomas (tumors in the meninges), brain stem tumors and when the tumor has begun to metastasize or spread to nearby cells. Seizures occur when tumors interfere with electrical signals between nerve cells, either by interrupting or intensifying them. Depending on the location of the tumor, the seizure can be generalized, affecting the whole body, or partial, resulting in spasms in a specific group of muscles or affecting specific nerves. Sometimes, a seizure can make you feel “strange” in a way that you cannot describe later. Sometimes, you won’t even be able to remember this phase later. They are focal attacks.

Partial seizures are probably more common in the early stages. Some people may notice a warning sign before the seizure occurs, such as headache, nausea or dizziness.

A new persistent headache is a common sign of brain tumor, although it is not the first sign. Approximately 50% of all patients with brain tumors complain of headaches, but generally not at the beginning of the tumor.

“The tumor puts pressure on the brain or blocks the drainage of the cerebrospinal fluid and elevates the ICP, which causes headaches”.

It is difficult to differentiate between a headache related to a tumor and a normal one that you could have due to sinuses, flu or migraine.

Persistent vomiting or nausea, for no apparent reason, especially in the morning or when you change position, can be a sign of a brain tumor. Vomiting is often the result of elevated pressure inside the skull, which is why the movement triggers it. In a study of 111 patients with brain tumors with primary and metastatic tumors, 40% complained of vomiting and nausea. This means that vomiting is a common signal in the various stages of the brain tumor. It is generally believed to be a symptom of a tumor in the cerebellum. However, if it occurs without other symptoms, we often mistakenly diagnose vomiting as a symptom of a problem in the digestive system.

Depending on the location and growth rate of the tumor, your personality traits may change noticeably or subtly. A rapidly growing tumor in the frontal lobe can cause sudden personality changes, making you feel easily irritated, depressed and confused. He may even become aggressive, although he may not have had a history of aggressive behavior. You can also behave culturally or socially inappropriate. This is because the frontal lobe is responsible for their personality traits. If a tumor affects the quality of nerve signals in this area of ​​the brain, you would lose control over your emotions and impulses and would not be able to adjust your behavior according to your environment.

A sudden loss of communication skills may indicate a brain tumor. You can slander, stutter, speak with difficulty, grope for appropriate words, confuse words, forget names of common objects and be unable to chain a meaningful sentence. Sometimes, you can speak fluently, but your speech may be full of “meaningless words.” You may be able to write but not read aloud what you have written. These symptoms may also indicate a stroke or a migraine attack. All three are serious medical conditions and need attention. How does a tumor affect your language? Your brain has two main speech centers and a tumor in any of these lobes can make conversations difficult.

This difficulty in using and understanding language is known as dysphasia or aphasia. You may also have difficulty repeating after others if the tumor is in the parietal lobe and is affecting the lower parietal lobe, another area associated with the production and repetition of speech. However, if you cannot understand someone else’s words, and it may also have to do with the hearing loss associated with brain stem tumors.

A brain tumor, especially in the frontal and temporal lobes, can affect your memory of objects, people, places or events in your life. The inability to remember any information you knew before having the brain tumor is known as retrograde amnesia. You may also not remember anything that happened since the brain tumor developed. This inability to process new information is known as anterograde amnesia . Unfortunately, memory loss can also be an effect of treatment.

You may experience extreme tiredness of the body. It could be due to seizures, headache or nausea or because your body is using most of its energy to fight the tumor. Also, as the tumor makes simple everyday tasks a challenge, the extra amount of concentration and effort you need to put into everything can tire you. This feeling of fatigue often does not heal with sleep or rest, although as the tumor grows, you may be sleeping more than normal or falling asleep during the day. Tiredness is usually accompanied by apathy, irritability, depression or negative feelings towards you and others.

9. Clumsiness: Loss of Balance and Coordination: 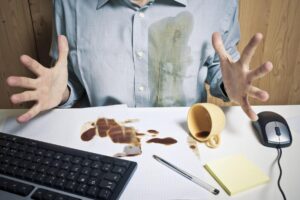 If you find it difficult to maintain balance while walking or have difficulty coordinating hands and legs, it could be a symptom of a brain tumor. This can be caused by a tumor in the cerebellum, primary motor cortex or parietal lobe, all of which are responsible for different ways of coordinating movements. A brain stem tumor that affects hearing can also contribute to loss of balance. If your clumsiness can be attributed to numbness or weakness on one side of the body, it could be caused by a tumor in the parietal lobe. As the brainstem and frontal lobe control muscle movements related to swallowing and speech, respectively, patients also have problems with these activities if they develop tumors in these areas.

A tumor in the pituitary gland can cause irregular periods, excessive breast milk production, breast development in men and excessive body hair. It can also lead to enlarged hands and feet, obesity and changes in blood pressure. A droopy eyelid or a droopy mouth may indicate the presence of a tumor in the brainstem.

Who has Brain Tumors?

Most brain tumors develop in people over 50. If you have a family history of brain tumors or your brain has been exposed to radiation, for example, during radiation therapy, you may be at greater risk. Genetic conditions such as neurofibromatosis, Turcot syndrome, tuberous sclerosis, von Hippel-Lindau syndrome, Li-Fraumeni cancer syndrome and Gorlin syndrome are associated with brain tumors that tend to develop in early adulthood or in childhood. Malignant brain tumors generally appear to develop when cancer from some other part of the body spreads to the brain. And, sometimes, benign brain tumors can also become malignant.

Keep in mind that many of the symptoms mentioned here can also be caused by several other conditions and sometimes even due to deficiencies. So there is no reason to panic. However, it is always a good idea to have a checkup if you have persistent symptoms that could indicate a brain tumor. The doctor can perform a neurological exam and tests such as a CT scan, an MRI or a biopsy. The treatment of brain tumors may include chemotherapy, radiotherapy, surgery, targeted therapy (in which substances that target cancer cells and leave normal cells unharmed) are used for treatment or a combination of these.

15 Benefits of Holy Basil for Any Respiratory Problem!

Holy basil is native to the Indian continent and currently grows well in many countries in South Asia. Not only is it a good...
Read more
Health

Garlic leaves are used in various types of dishes. Mainly for Asian dishes that are very common in the use of garlic leaves. Strength,...
Read more
Health

Kosher salt is a coarse-grained salt that is obtained from salt crystals. It is also known as rock salt, cooking salt, koshering, as well...
Read more

15 Benefits of Holy Basil for Any Respiratory Problem!

Holy basil is native to the Indian continent and currently grows well in many countries in South Asia. Not only is it a good...
Read more

Garlic leaves are used in various types of dishes. Mainly for Asian dishes that are very common in the use of garlic leaves. Strength,...
Read more

Kosher salt is a coarse-grained salt that is obtained from salt crystals. It is also known as rock salt, cooking salt, koshering, as well...
Read more

6 Benefits of Ogbono Seeds that You Never Know Before!

The Ogbono seeds come from his African native tree, which is grown primarily for its fruit and seeds. They are given several names, such...
Read more
Load more